How to Build Outstanding Rapport with Your Clients 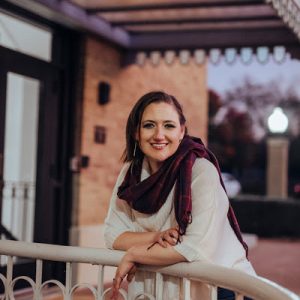 When I decided that I wanted to dive deep into building and maintaining client relationships, Adriana Perezchica of Via Real Estate Group immediately came to mind.

As a real estate broker in business since 2005, Adriana interacts with buyers, sellers, and everyone involved in the closing process, from loan officers to escrow processors. She is now a leading broker in the greater Seattle area.

What’s her secret? Provide value first. She enjoys teaching her clients how to build wealth through real estate, which helps her build genuine rapport over the long-haul. I brought her on for a podcast episode that you can listen to here. Below are some golden nuggets that we talked about throughout the episode. Enjoy!

If you think of building rapport like building a house, then your mindset and personal development is the foundation. Like a romantic relationship, it’s hard to build and maintain positive energy when you are not built up first.

Sow in some time and energy to sharpen your own saw and rapport with your clients will be that much stronger. First and foremost, when it comes to your business and personal aspirations… 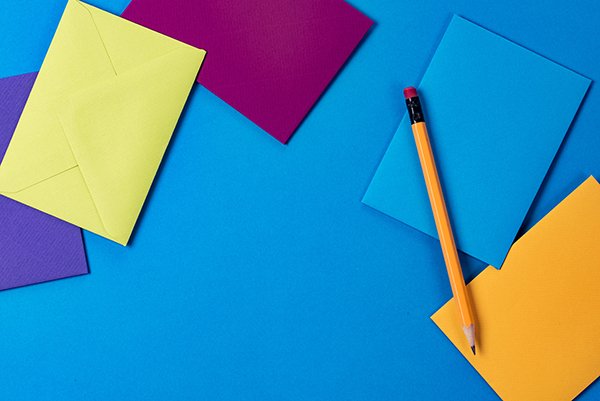 People can impose (intentionally or not) their beliefs and limitations on you. Don’t buy into them.

When I was going to school, people told me that I was taking too long, that I would quit. A whole 12 years (and 3 kids) later, and I am laughing at the naysayers with my degree.

Adriana also shares how she had her fair share of haters that told her that she was never going to make it as a radio host. The ‘facts’ were, Adriana didn’t know the language or culture as a young immigrant from Mexico coming to Seattle.

That’s not what Mexicans come to this country to do, people told her. Ummm what???

But Adriana paid no mind to her naysayers. She had a huge dream and set goals out to achieve them. Other’s people’s negative opinions didn’t matter. The facts didn’t matter. She had the will to overcome them, and *spoiler alert* she did.

Use doubt as your lighter fluid to your ambitions. Your dreams, goals and ambitions are a long game. Play to win.

Be committed to excellence.

The key to excellence is commitment and consistency. Be absolutely committed to your values and goals. Then, follow-up with actions that reinforce those cornerstones.

People will be attracted to your passion and commitment to excellence. When you operate with integrity, not only toward others but toward yourself, you automatically level up, and inspire others as well.

No matter how strong your will for something, if you don’t have a framework to back it up, it’s not going to manifest in the most positive or efficient manner. Passion and desire are not enough alone. Tactics, strategies, and plans are absolutely 100% necessary. Adriana failed in other 8 businesses before realty stuck. I struggled trying to build Linq Consulting Solutions because as a one-woman-show, it was hard not to be split in 50 different directions. I learned that everything is important, but not all things are impactful. The key to success is to leverage your resources so you can focus on the most impactful sides of growing your business, or in this case, building rapport. Here are some ways to do that:

Business in the Back, Relationships in the Front

The most important thing in establishing a strong relationship with your client is to provide value upfront. This can look multiple ways depending on your business focus, but there are some key points that everyone can consider. 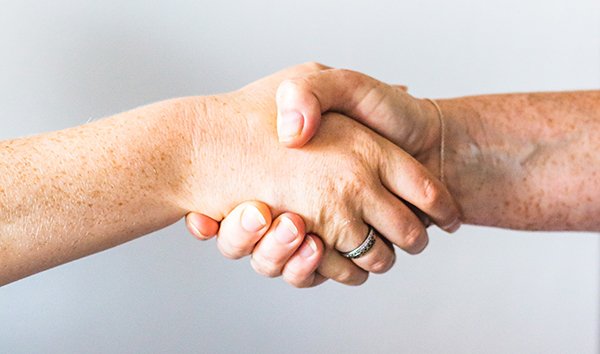 People are constantly searching for products and services that make their life easier and manageable. Sometimes, they don’t always know what that looks like. That’s where you have the upper hand.

Instead of selling cold (which often ruins your advantage before you realize), use this opportunity to understand your clients’ needs, and present your service as a possible solution.

Yes, this is more of a mindset shift than a physical one, but it will make a huge difference.

People will start to trust you, and look to you for information, advice, consulting… all way more valuable combined than just one purchase.

Speaking of trust, establishing yourself as a thought leader, organization head, or even a top performer in a certain space and/or metric is a great way to build trust with a wider audience.

The caveat here, which is a good one, is that you have to earn your keep by providing value to a smaller audience first. I’m sure you’ve heard that leadership is all about service, and it’s so true.

Serve your clients first and you will soon be served in client loyalty. Leadership expands this idea into a scalable platform, where you can provide value to a larger network with structured frameworks in place.

Operate with integrity, and realize your primary role is to serve as part of a larger vision. Make sure you are on the same page with your clients at all times. They will see you as an integral part of their team, and teamwork makes all the dreams work!

The common theme of the points above is the impact and impressions made on your clients. Your relationships should be the center of your business, but it is necessary to combine the two to effectively scale and grow your business. You cannot have one without the other.

Adriana is able to work with generations of people because she has the top skills necessary to become a sought-after realtor, but she also relates to people on a very real, human level.

Skills and experience are necessary to get clients, but genuine, value-driven relationships are what keeps them around for years to come.

Top of Mind, First in Line

Selling and promoting is easy, building rapport is one thing, but staying connected is more challenging. People don’t decide on a whim that they want to work with you, their decision is based on repeated

How to remain top of mind:

With these tips, it’s easy for your strongest point to become your weakest point. Sometimes our natural gifts end up setting us back because we don’t think of them or work on them enough to keep up.

Remember, your clients are not thinking of you on a daily basis. Whoever pursues them most recently will make the sale.

This is literally why my company Linq Consulting Solutions exists. We believe that you don’t have time NOT to remain engaged. Our purpose in service is to help you establish trust and serve with heart.

Adriana summed it up brilliantly: people don’t care how much you know, until they know how much you care. AMEN!

To love and connection,